Photos by cameraman Bhasker Solanki of the camera team relaxing in the BBC Club after a recording. The photos were taken on 17th August 1984. The event was Bhas Solanki’s leaving do. He was going to work in London. 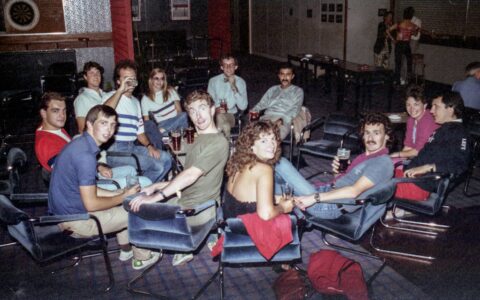 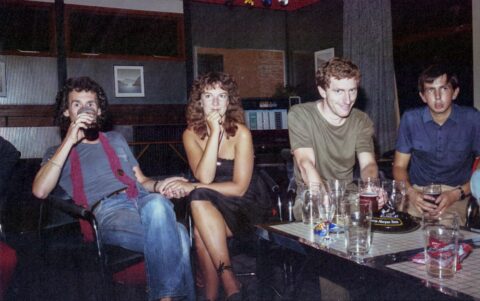 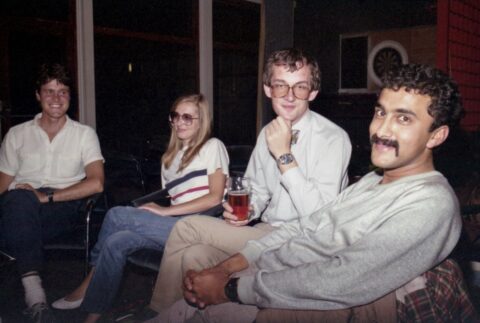 Photo from Bhasker Solanki, no reproduction without permission.

The photo shows the delegates on a PSC location lighting course in 1990.

The two trainers are Dick Burden on the left and Howard Brooksbank on the right. It’s likely that if you were on a lighting course at Wood Norton in the late 80s/early 90s, you would have run into this double act. The photo was taken on a shoot for the ‘Golden Oldie Picture Show’ by PA, Gail Herbert.  It shows cameraman Barry Foster on the left, and Dirk Maggs, who worked in Presentation in London, on the right.

The video being shot was for the hit single, ‘Question’.  The shoot took place in Andy Tylee’s office.

The ‘Golden Oldie Picture Show’ was presented by Radio 1 DJ, Dave Lee Travis. It was an entertainment magazine show, made up of specially shot music videos, for hits which pre-dated the era of music videos.  The executive producer was John King.