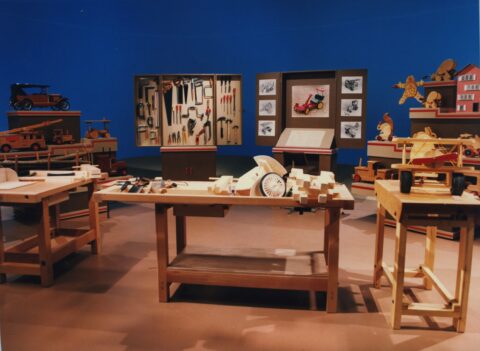 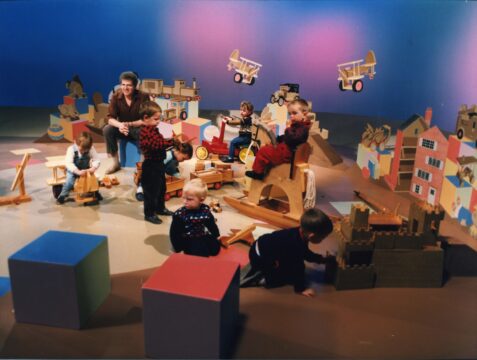 In the 1980s presenter and craftsman Richard Blizzard made several studio based series showing viewers how to make wooden toys.  Some of the series were produced by BBC in London and hosted at Pebble Mill, whilst the 1987 series Blizzard’s Wooden Toys was produced at Pebble Mill by Mary Clyne and directed by Philip Thickett, and the 1989 series Wood Works with Blizzard was exec produced by Stephanie Silk and directed by Bob Davies.

I’m not sure which series is shown in Lynda’s photos – possibly the 1987 Blizzard’s Wooden Toys.