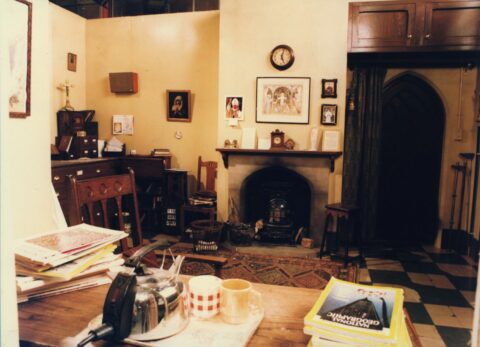 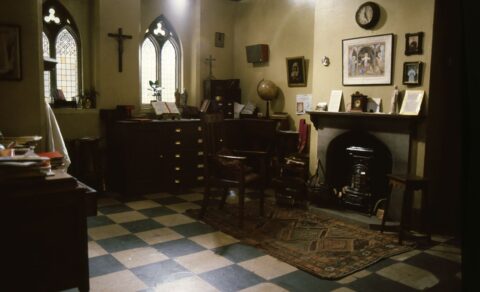 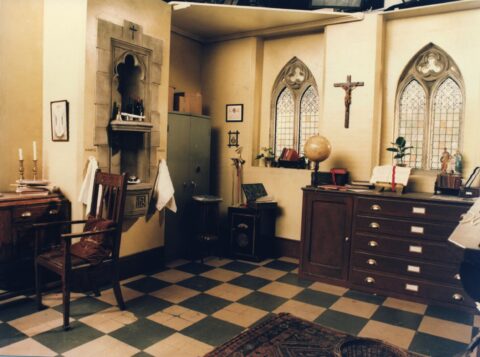 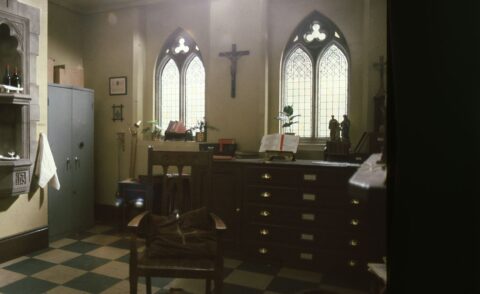 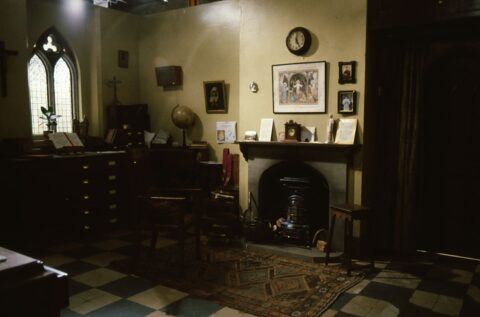 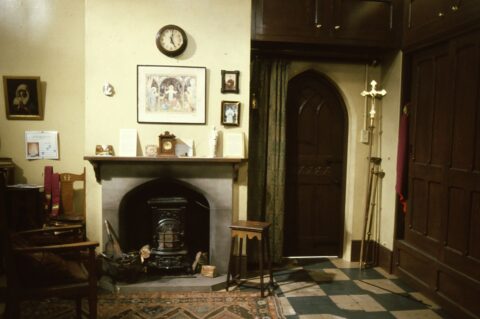 Tuesday’s Child was a play directed and produced by Robin Midgley at Pebble Mill in 1985.  It was written by Terry Johnson and Kate Lock, and told the story of a young girl who confesses to her priest that she saw a miracle when in the Holy Land.  Kate Lock also acted the part of the girl, with Donal McCann playing Father Doyle and also featuring J.G. Devlin.  Dave Bushell was the lighting director.  The play was recorded in Studio A.