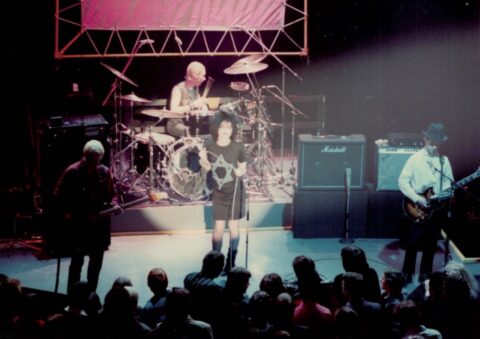 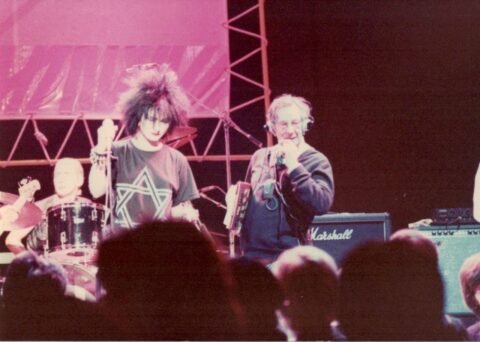 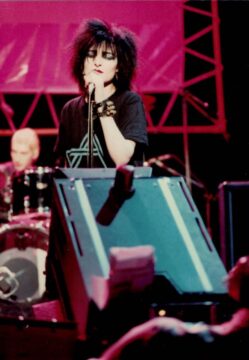 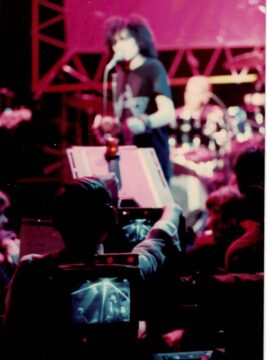 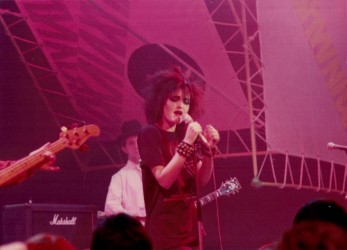 Photos by Christopher Glover, no reproduction without permission.

Siouxsie and the Banshees being recorded in Studio A for Look! Hear! Produced by Roger Casstles. Look! Hear! was a regional music and culture show. The photos date from the mid-1980s.

Phil Dolling: This brings back memories I was a very junior sound assistant on the floor, I recall the drummer ‘Budgie’ had his fold-back set to terrifying levels with all the high frequencies wound up. It was like razor blades coming out of the speakers. A brilliant series, it caught a great moment in Midland’s music.

Annette Martin: I mixed it she was v good. Just spotted the lovely Ron Sowton Floor Manager in 2nd pic.

Richard Stevenson: It is pre-1987 when I joined as the new cameras were in by then. Probably the Heron crane – one man to drive it and the camera op had a pedal for up and down plus a second pedal to rotate the seat. If you got them mixed up it got very messy!