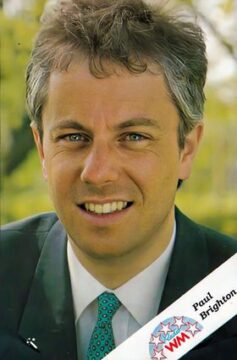 Thanks to Pat de Whalley for sharing this invitation, and keeping it safe for the last twenty years.

Pete Simpkin: ‘I worked with Lawrie in the 60s when he was a freelance working for BBC South in Southampton. A real character and great personality.’