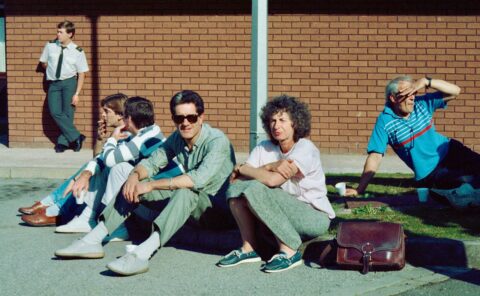 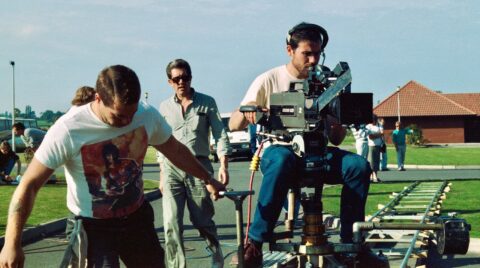 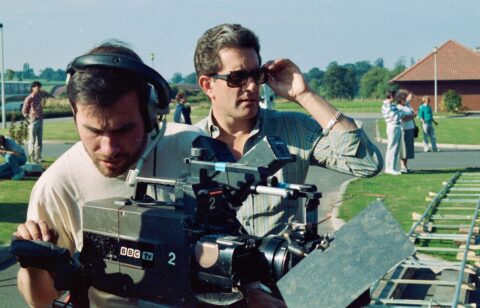 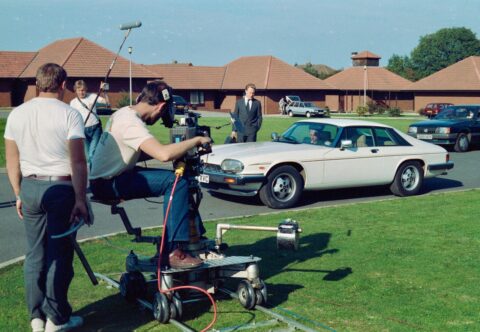 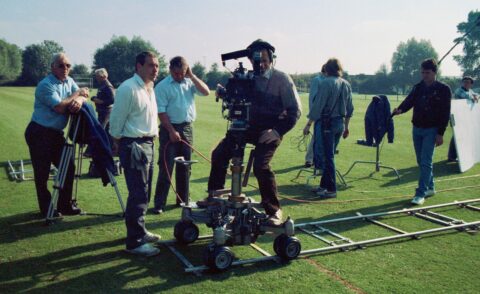 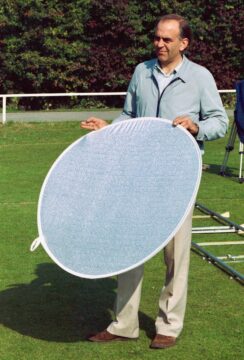 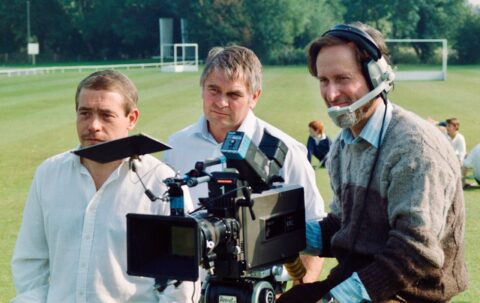 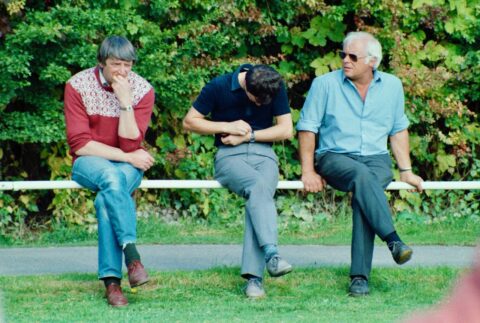 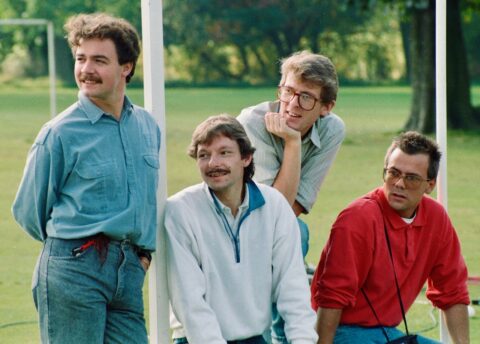 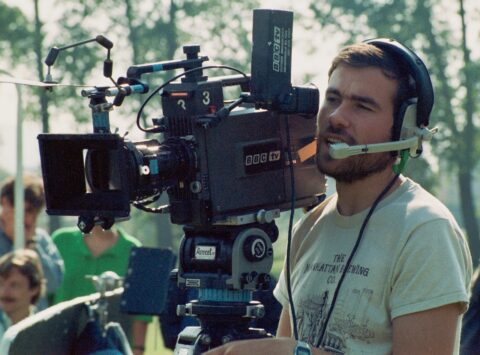 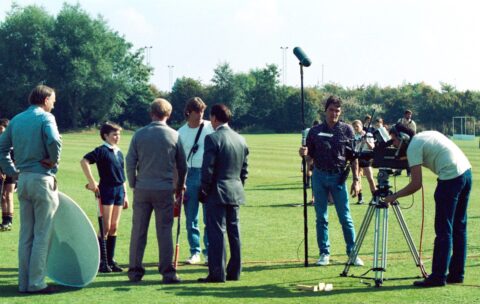 James French has provided the following information about this behind the scenes footage which he recorded on location for A Sort of Innocence, known as ‘The Hereford Project’ at the time. The first sequence is by the river in Hereford and the other involves a low-loader being rigged at Chateau Impney in Droitwich Spa:

This was a two camera shoot using CM2 and I (James French) was second camera, Keith Salmon camera supervisor. The cameras were Philips LDK 514s with Angenieux lenses for the techie-types.

The grip’s name was Ron Fleet, and I think the cable basher is rigger, Barry but can’t remember his surname.