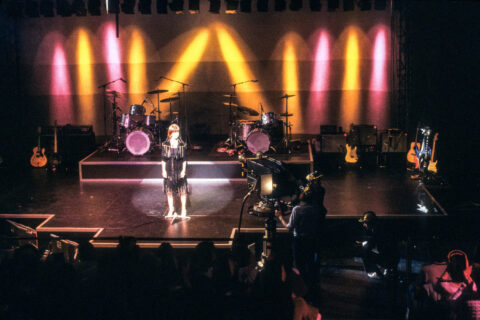 Photos by cameraman, Bhasker Solanki, no reproduction without permission 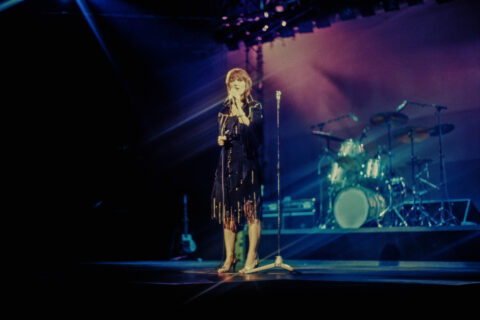 These photos are of Kiki Dee appearing on the Showaddywaddy show from Christmas 1980.

The following comments and information were left on the Pebble Mill Facebook page:

Colin Fearnley: She was a guest on “Showaddywaddy Show” recorded in the 1980’s, the camera is an EMI 2001 which would correspond with that period and it looks like whoever is sitting bottom right of the camera is wearing one of the silly hats the crew and the audience were given. I was on racks and I think John Abbott lit it. Found in my 1980 diary, recorded in Studio A, Sunday 30th November and Monday 1st December. Kiki Dee inserts recorded on the Sunday, then live audience in for the Monday night. My hours 1030-2215 both days. John Kimberley on colour match And Peter Wood-Fisher on lighting desk (Q-File). The reason I remember it so well was that I had just escaped a very long course at Wood Norton! 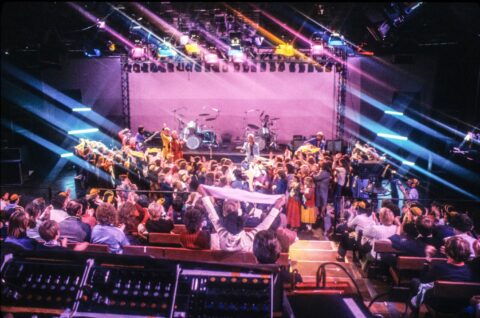 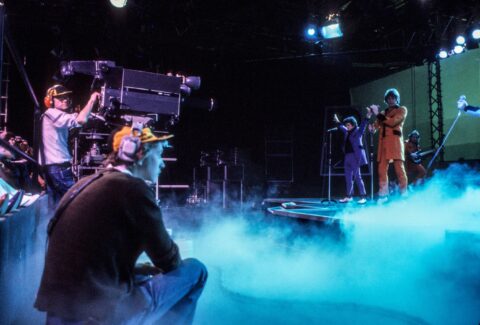 These photos by cameraman Bhasker Solanki are from a Showaddywaddy performance at BBC Pebble Mill.

The camera operator in the lower photo is the late Bob Hubbard, and seated next to him is Robin Sunderland, also a camera operator, probably then an assistant.

Robin has kept the hat safe all these years, and here he is with it in 2021. 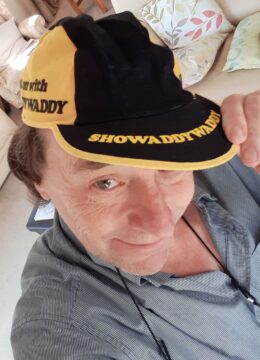 ‘Pop at the Mill’ was an open air pop festival which went out on Saturday nights during the summer of 1977.  It was set in the courtyard of Pebble Mill, behind the foyer where ‘Pebble Mill at One’ was set.  Acts included Gary Glitter, Joe Brown and Showaddywaddy.

I’m not sure which which acts are shown in the photos.

Thanks to Gail Herbert for making the photos available.