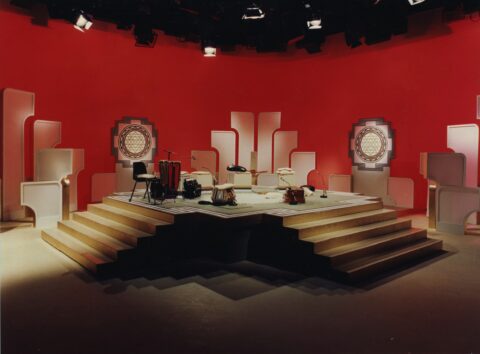 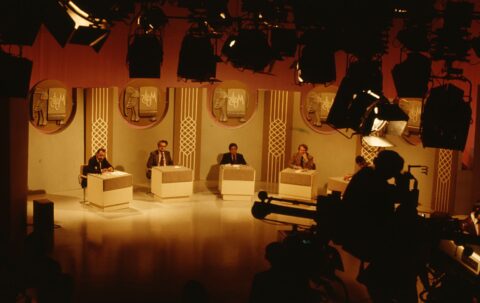 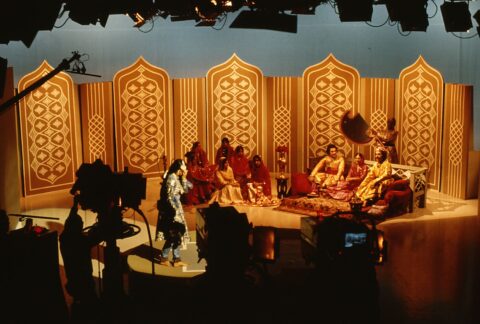 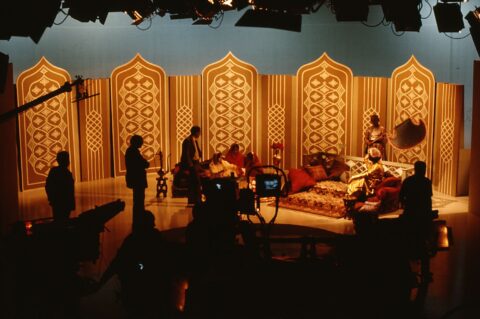 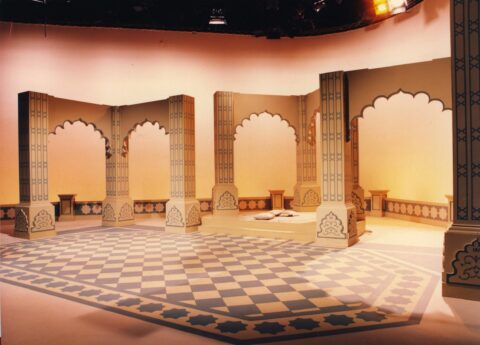 Pebble Mill became a important centre for Black and Asian programme making, including several Asian Magazine series which contained music and dance inserts, whose sets are shown in these photos.  These sets were built in Studio A, and was probably date from the mid 1980s.  Music and Dance days were staged in Studio A with a number of items recorded and stock piled for later use in one of the Asian Magazine Series: New Life/Asian Magazine/Gharbar.