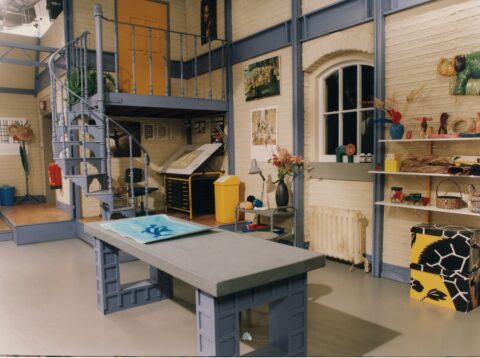 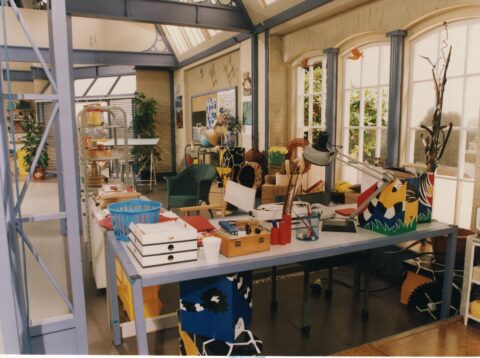 Hartbeat was a children’s studio based art show which was hosted by Pebble Mill, and recorded in Studio A.  The producer/director was Chris Tandy.  There were several series of Hartbeat between 1984-93.  I’m not sure which series were recorded at Pebble Mill, but probably in the late 1980s.  Tony Hart was the main presenter, but was joined by others like Margot Wilson, and Alison Millar.

Hartbeat set in Studio A