The photos are from a Top Gear shoot about potential damage to a person’s head if involved in a high speed accident when not wearing a seat belt. The melon seen on some of the pictures was, medical specialists said, a good representation of the human skull. This segment used a high-speed film camera, with the principal photographer being John Williams, and Nigel Davey operating the camera. The item was recorded in the grounds of Pebble Mill.

Photos by Andy Woodhouse, no reproduction without permission. 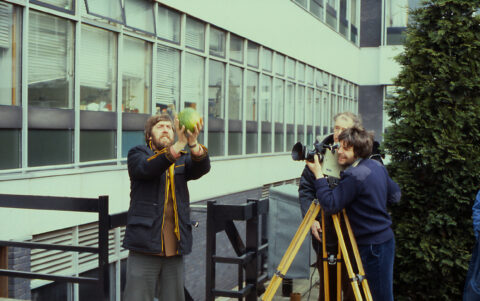 Picture shows a rehearsal for capturing the moving head/melon. John Williams is second from left, Nigel Davey on camera. 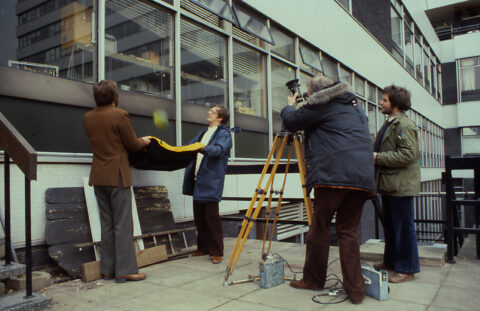 Picture shows the fall of the melon from a two storey roof being recorded. Note the use of the coat to ensure the same melon could be used throughout until allowed to hit the ground. 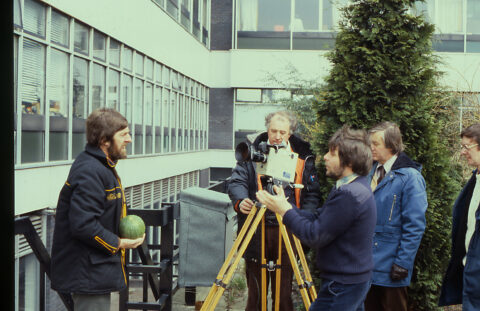 Picture shows a discussion about the shoot process. John Williams is second from left, Keith Ackrill is fourth from left 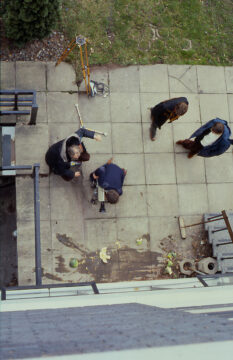 Picture illustrates the impact of the melon on a hard object!