These photos were taken on location in 1987 on the glamorous drama series Howards’ Way by Albert Sheard. They include iconic locations like Cowes Week on the Isle of Wight, Somerset House and the QE2. It is cameraman John Williams about to get into the helicopter, presumably to record aerial shots. Howards’ Way was produced by a BBC drama series team from London, but was hosted at Pebble Mill, using a Pebble Mill crew. 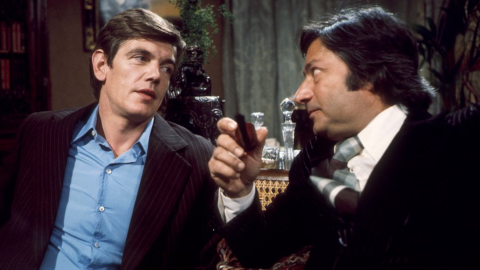 Here is an interview with writer Philip Martin, who died in 2020, about how the 1975, Play for Today, Gangsters, came about: 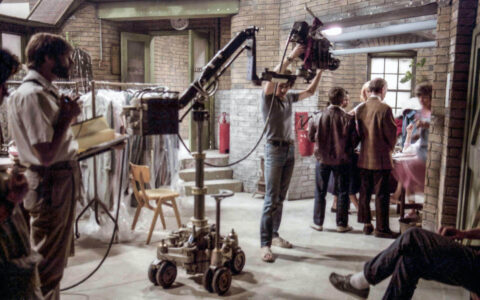 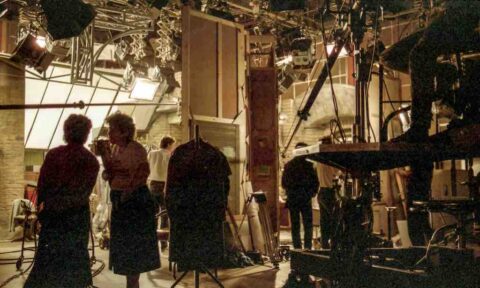 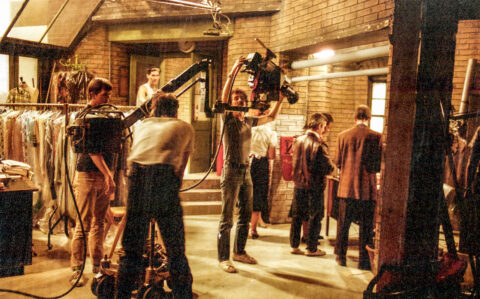 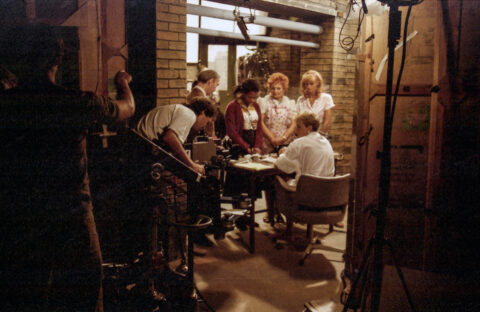 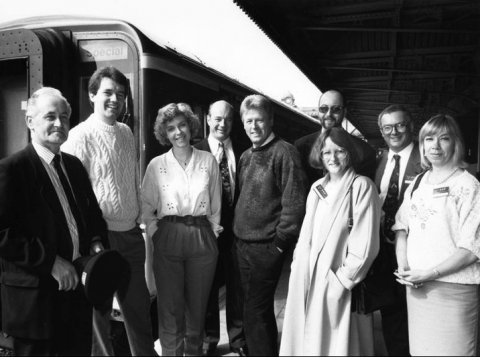 Countryfile team with Press Office. Photo from Tim Manning, no reproduction without permission. Alan Miller is fourth from the left, next to John Craven.

Alan Miller died on 16th March 2021. He was 69. Alan worked on a whole range of factual shows at Pebble Mill, but particularly Top Gear GTi and Countryfile. I worked with him on a couple of films when I was a researcher on Gardeners’ World in 1991. He was originally a sound recordist who then moved into directing. He will be remembered as a kind, funny and generous man, who taught a lot of us an awful lot. (Vanessa Jackson)

Annette Martin: ‘I first met Alan when I was on attachment to Glasgow as a Vision Mixer and he was in the Sound Dept. He was a generous and friendly colleague and even lent me his tent so I could enjoy the wonderful Scottish countryside. Then we met up again at PM and worked on many programmes together. He was a pleasure to work with and I’m so sad he’s passed on.’

Columbo Street: ‘This is so so sad. Alan’s generosity with his knowledge and experience was the bedrock of my (& many others) early tv life. Such happy memories as a new researcher of filming with Alan and John Craven – from every corner of the UK to Oz, Mauritius and the US … The TV industry in the Midlands and beyond is richer for being lucky enough to have Alan Miller as a part of it.’

Julie Mason: ‘This is very sad news. I worked with Alan a lot, shooting various things but Top Gear Gti in particular. We shared a lot of laughs. Went up and down the M6 – he drove like a lunatic – working with a small, bijou team who shot the items for the UK Horizons spin off. Fun times.’

Jim Knights: ‘Such sad news on the passing of a friend and colleague. Always a pleasure to be his cameraman on shoots. And most importantly always ensured a 1 hour lunch break, excluding travel. Good and generous guy. The likes of which we will never see again.’ 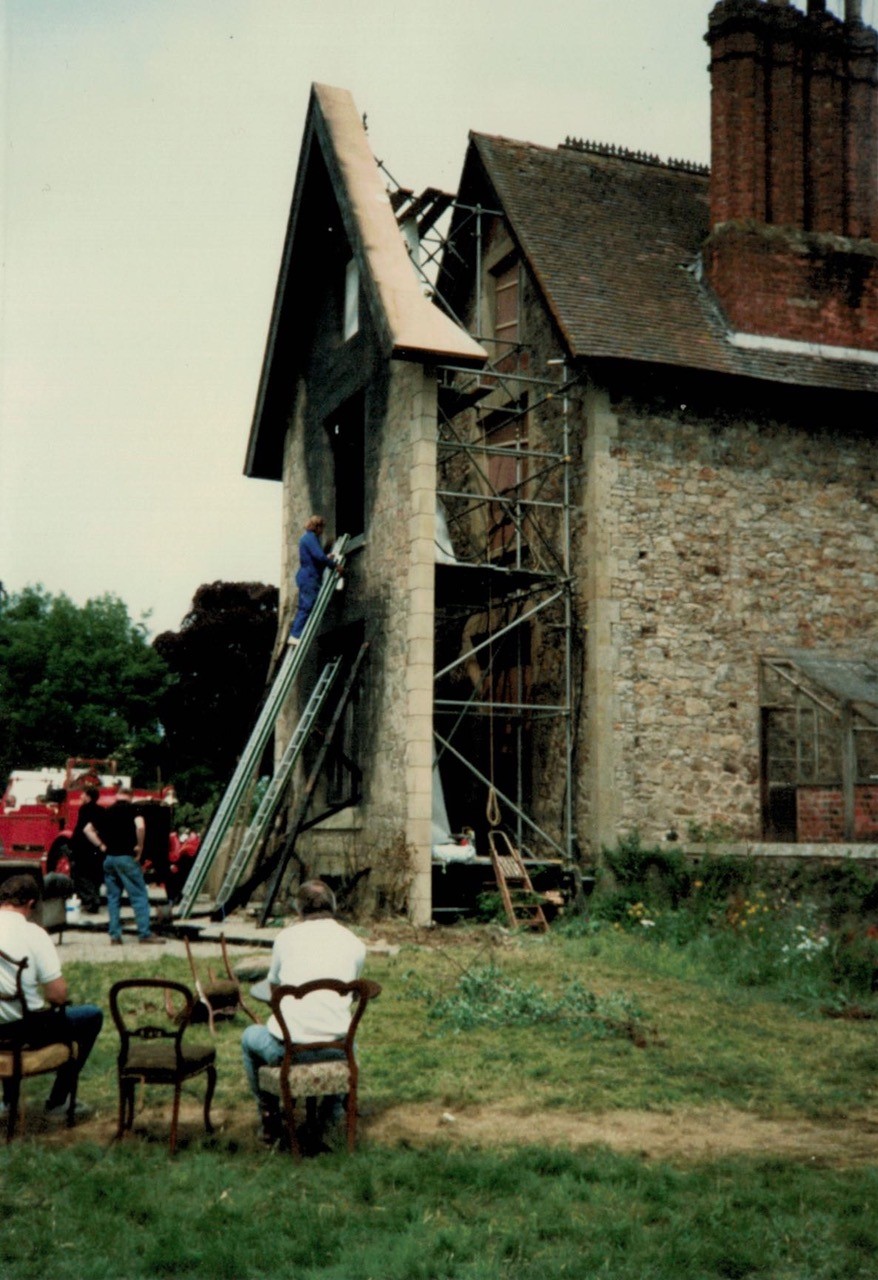 Here’s the false gable end from “The Franchise Affair” (1988). Christopher Glover was working on VT on this outside broadcast. The flames from gas burners when shot from the right angle made it look like the building being on fire.

Les Podraza is the chap up the ladder (note the lack of health and safety). He spent two days building this the flaming structure. The night shoot was apparently fantastic.