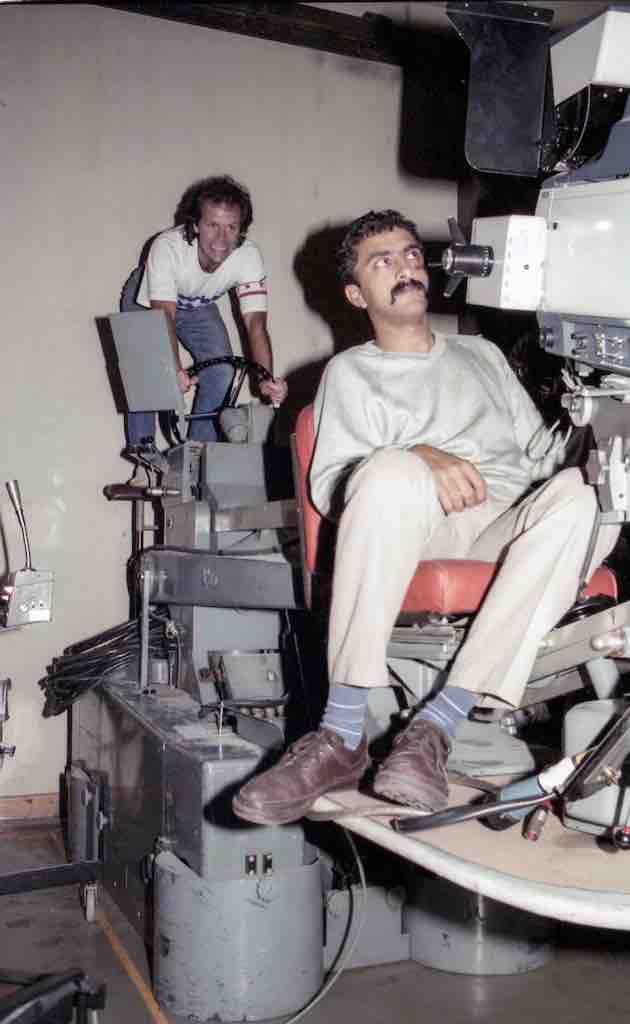 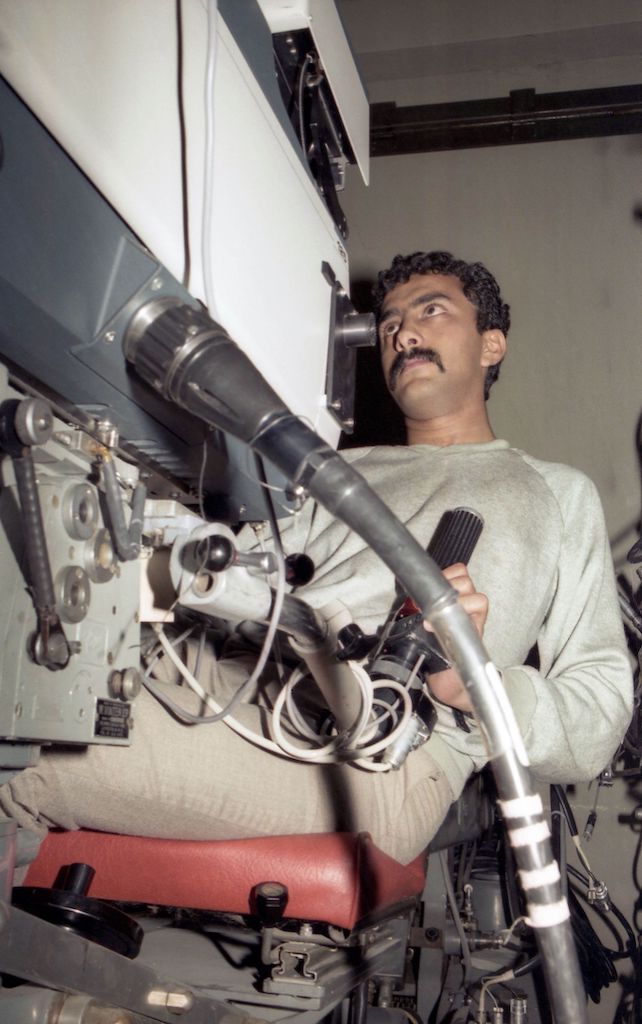 These photos are from the 1989 three part serial: Vote for Them. They were taken at the Regal Cinema in Tenbury Wells, which stood in for an Egyptian cinema. Roy Thompson took these location photos whilst on attachment at Pebble Mill, from Wood Norton. A 5am make up call at Pebble Mill was necessary!

The cameraman in the top photo is Dave Doogood, with Simon Tooley in the striped top.