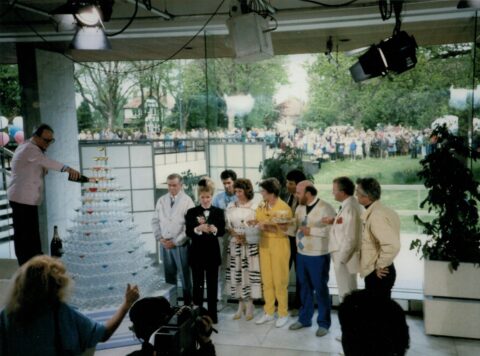 photo by Mel Stevens, no reproduction without permission The lunch time magazine series, Pebble Mill at One, regularly brought out books, like the one pictured here, which collected together programme details for viewers to enjoy. Elements like the recipes always proved very popular, and in fact there were several books published of Michael Smith’s recipes.

Thanks to Pete Simpkin for sharing a still of this book.