Copyright resides with the original photographers. These photos were taken by different members of Post Production at Pebble Mill, including: Paul Scholes, Ian Collins, Ben Peissel and Jim Gregory.  Many date from the early 1970’s, as you can see from the cars in the car park, with a few later ones! 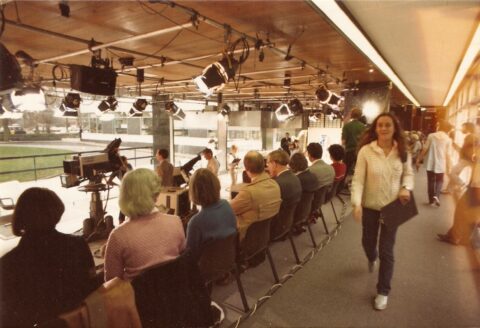 Photos by Robin Sunderland, no reproduction without permission 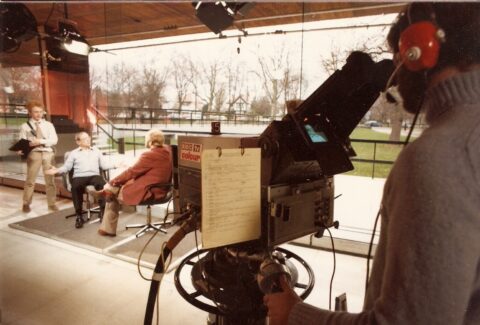 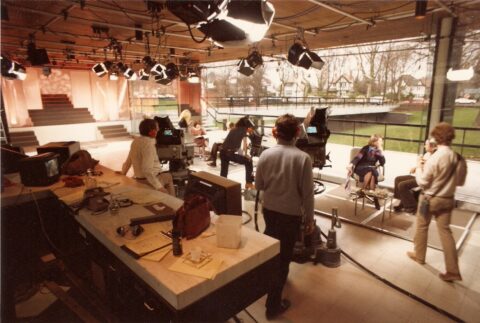 Photos taken by Robin Sunderland, not to be reproduced without permission. Cameraman Robin Sunderland took these photos of a Pebble Mill at One rehearsal shortly after completing his camera training in the 1980s.  They feature presenters Marion Foster and Donny Mcleod, and a young looking Nick Patten (now Head of BBC Birmingham and Manchester Factual Programmes – Vision Productions) is floor managing.  The cameramen are: Brian Cave, Jim Gray and Dave Lawson with Alan Duxbury doing ‘Captions’ up on camera 5.  Please add a comment if you recognise other people in the photographs – thanks!

Photos from drama producer Bev Dartnall, not to be reproduced without permission.

It is Kenilworth Castle which is shown in a couple of the photos.

These photos are not be reproduced without permission.

Saturday Night at the Mill’ was a spin off from ‘Pebble Mill at One’, and featured live entertainment from the Pebble Mill foyer.  Kenny Ball’s jazz band was the resident band.  The show ran from 3/6/76 until 11/7/81, and there were 89 episodes.  The photos feature: Bob Langley dancing with Ginger Rogers, Jenny Hanley, Natalie Wood, John Bennett, Marvin Hamlisch, Roger Whittaker, Robert Wagner.